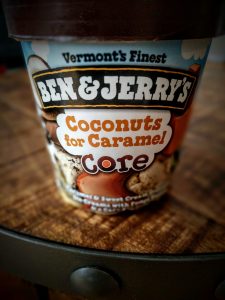 Today was my highest calorie intake since starting the project, but I also did a 3 hour ride comprised of 4 x 30 minute tempo intervals at Ironman effort (235w, 243w, 247w and 238w) with 5-10 mins easy riding after each one. Before the ride I had almost a pint of Ben and Jerry’s “The Tonight Dough” plus some coffee, as well as 100g of oatmeal to help fuel the ride. The oatmeal is about 350 calories, so I still got more than 90% of my daily calories just from ice cream. The ride was fueled by 4 x Starbucks ready-to-drink Frappuccinos.

Weight has stabilized in the 76-77kg range so I’m in for at least another day of ice cream (which is good news since there are still a few I’d like to try). 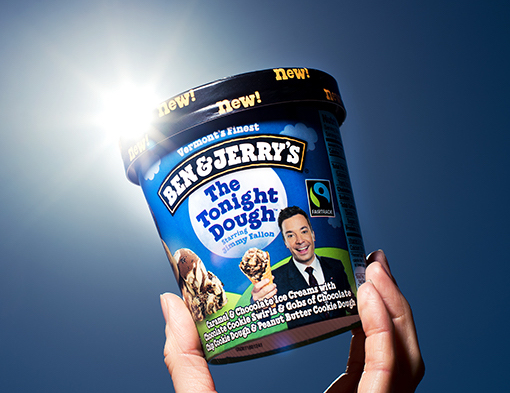 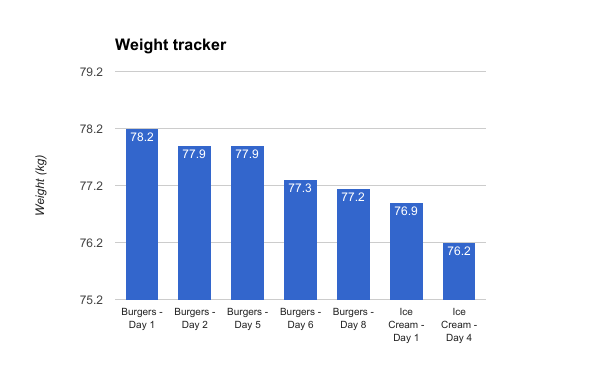 Today went pretty well. Workouts wise I did an hour easy bike ride in the morning and then a 5 mile run at lunch. The run was kind of average – my intention was to do something like 8 x 1 mile around 6:45/mile, but I just wasn’t feeling it so I cut it down to 5 miles, with only 2 miles at the 6:45 pace. I just didn’t feel well fueled enough, which is pretty common if you’re at a daily calorie deficit. However, it wasn’t too bad considering my diet the past 3 days has been 100% ice cream. Ideally, what I would do is eat something like oatmeal, or scrambled eggs on a few slices of toast about 2 hours before a run like that.

Food wise, it was a very good day. I made a South African drink called a Dom Pedro for dinner, with a great new ice cream from safeway for dessert. It’s the safeway branded “salted caramel pretzel” ice cream. I really enjoyed it! For my post-dessert meal I had 2 servings of Ben and Jerry’s salted caramel core. It wasn’t bad but the safeway one is a lot better.

That protein is way too low – I’m going to rectify that tomorrow with the addition of a few ice cream shakes with some whey powder added in.

If you would like to receive blog posts via email, just subscribe (not shared with anyone, ever)

I learned my lesson from day 1, and left most of the calories for the end of the day. It was a great day to ride outside so I took advantage of the weather with an extended commute (powered by a Good Times spoonbender, which was ok, but not as good as many of the packaged ice creams). 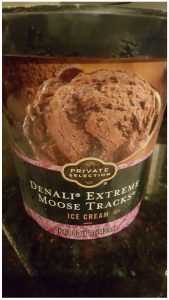 If you want to receive blog updates via email, just sign up to get them. Also if you just want to watch the videos, here is the YouTube playlist.

Ok, burgers are done, ice cream is in!

Ice cream is a broad food group, and I’ll be including many related options in the “allowable foods” list:
– ice cream, gelato, sorbets
– milkshakes, sundaes and other dairy-based desserts
– other dessert type of things like custards
– I can add toppings to the ice creams, for example m&m’s, fudge, chocolate and cookies
– spinach is not allowed

Day 1 of ice was quite badly executed. I started with my first ice cream meal around 11am, and by 4pm I’d eaten my quota for the day of 2100 calories. That left me pretty hungry at dinner time, surrounded by the aroma of roast lamb with nothing to eat. So in future I’m going to leave the bulk of my calories for later on in the day. It’s much easier to suffer earlier than suffer later. 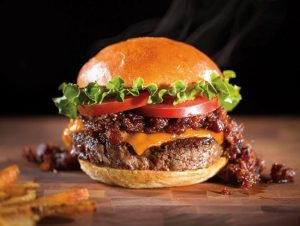