Ok so to remind you about how this project works, I’m eating a certain “bad food” until I drop 1kg and then I move on to the next bad food. First off was burgers, which I’ve been eating for 10 days now. I started at 78.2kg on Feb 4th and have now dropped down to 76.9kg as of Feb 13th. Here is the video playlist if you want to watch.

The burger phase has actually been a lot of fun. I’ve eaten at least one burger a day, two on many of the days. Since the logistics of getting a burger don’t pan out well for breakfast,  I’ve mostly been eating lunch as my first meal of the day. I haven’t really been hungry much before that, and actually not eating until late in the day made the burgers so much more enjoyable. I thought I’d get sick of burgers pretty quickly, but I could probably do another few days no problem. 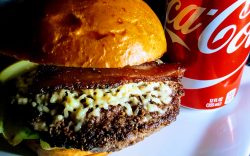 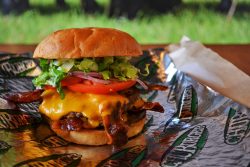 It’s really been fun trying out a lot of new burger places in a short space of time. By eating burgers every day, each one is fresh in my mind, making it easy to compare all the offerings. My favorite burgers I had during this phase of the project:

The surprising things I’ve learned in the last 10 days:

Ok, well I’m ready for a change, now BRING ON THE ICE CREAM!!!!!
If you want to receive updates via email, just sign up. No data is ever shared with anyone. There are no third parties in my life, just ice cream parties!

The scales have dipped below 77kg, meaning it’s time to move on to the next food! Ice cream, milkshakes and other dairy-based deliciousness here we come!

For a recap of this project and how it works, check out the page.

Ok, so I saved a good one for last burger day! Blackbelly Market. 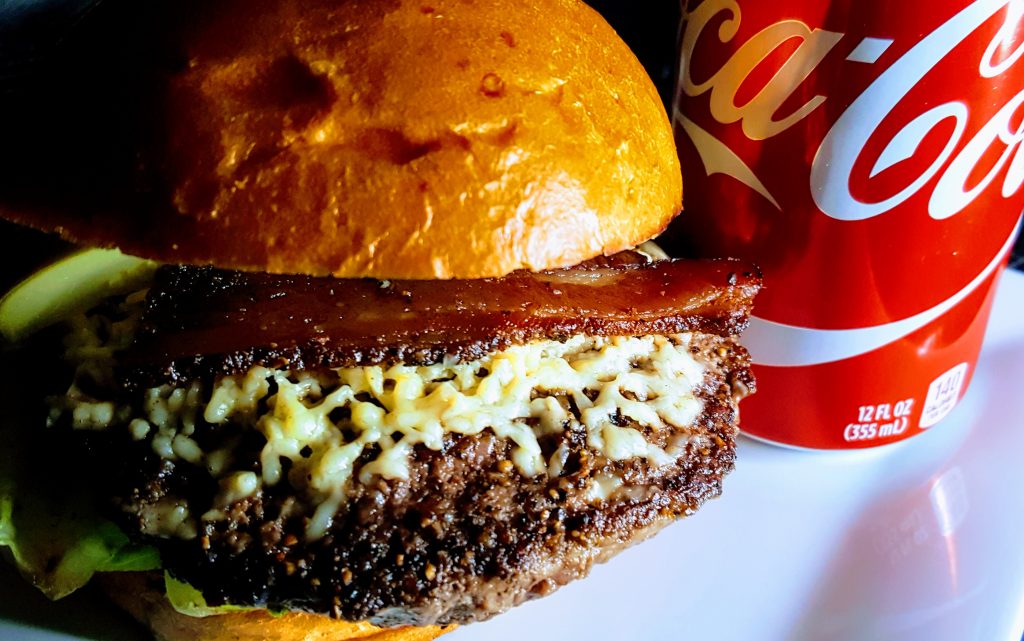 Blackbelly has a restaurant and bar that is open for dinner (4pm onwards), and a deli that is open for breakfast and lunch. To get the burger, you need to go for the dinner option. I swung by on the way back home from the afternoon school run and picked up a burger. At $16 it’s the most expensive burger I’ve had during this project, but the quality was excellent. I think the Mateo burger still beats it (I was going to say “trumps it” but I really need to get that phrase out of my vocabulary). Having said that, if you are after a great date night venue, Blackbelly is hard to beat. I’ve had steak there before which was superb, and their drinks are great. But so are Mateo’s. Anyway, there is more than one day in the week, so you don’t have to choose!

The Larkburger originated at the Larkspur restaurant in Vail. Now it’s a local establishment with 13 locations in Colorado.

They pride themselves in natural, fresh ingredients and approaching everything with culinary skill. I’ve been interested in trying them out for some time, and finally got around to doing it. At $7, their burger offers great value for a high level of quality.

The burger did not disappoint – it’s right up there – not quite with the Mateo burger, but it’s half the price. So if cost is a consideration then it’s definitely one to consider.

Training wise, it was the final day of the Tour of Sufferlandria – they left the “best” for last with 2.5 hours of classic Giro d’Italia climbs.

Chuburger in Longmont was another recommendation from colleagues. It’s a cool bar, part of the Oskar Blues group, that describes itself as “craft casual”. You can choose from a few standard burgers or build your own.

I chose the Buff Burger which is a bison burger with bacon and avocado. Michelle got a “build your own” with jalapeno and pepperjack. Both burgers were pretty good, and the fries were great. It looks like a cool place to hang out with some friends, eat some burgers and drink some of what the Oskar Blues craft brewery has to offer.

On the workouts front, I did Tour of Sufferlandria stage 8. The app died 30 minutes in, so I had to restart it – let’s hope it gets counted since I just started where I left off. Stage 8 is a pretty painful experience, with the same workouts done over and over, like groundhog day. The cool sufferfest videos that usually make the workout more fun, actually made it worse since you saw the same thing over and over. It was true mental pain to accompany the physical pain.

I also played baseball with Tyler and 2 other kids in the park. That was a big workout too!

It was double burger day – for lunch I also created a fish burger, with 7 fish sticks on a bun, with mayo and tomatoes. It was pretty good actually, a bit like fish tacos.

Today was not the best burger day. I had these Alaskan salmon burger patties in the freezer, and since I had a massive pile of work stuff to get through, I didn’t have a chance to get out and buy a real burger.

So I thought I’d give it a bash. They were not great.  I would not recommend these things, but anyway that’s what I was able to do today. 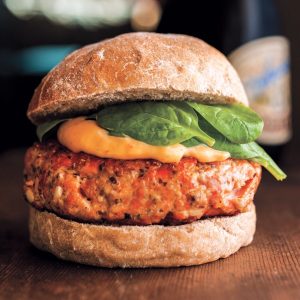 I made two burgers, with avocado, mayo and a side of chips.Tomorrow will be more adventurous with a trip out to Chuburger in Longmont (part of the Oskar Blues Brewery business).

I also updated the master project page with a weight tracker so you can see how progress is going.

The unexpected side effect of this project, is that by eating the same type of food every day, it’s easy to compare and rank the different options. 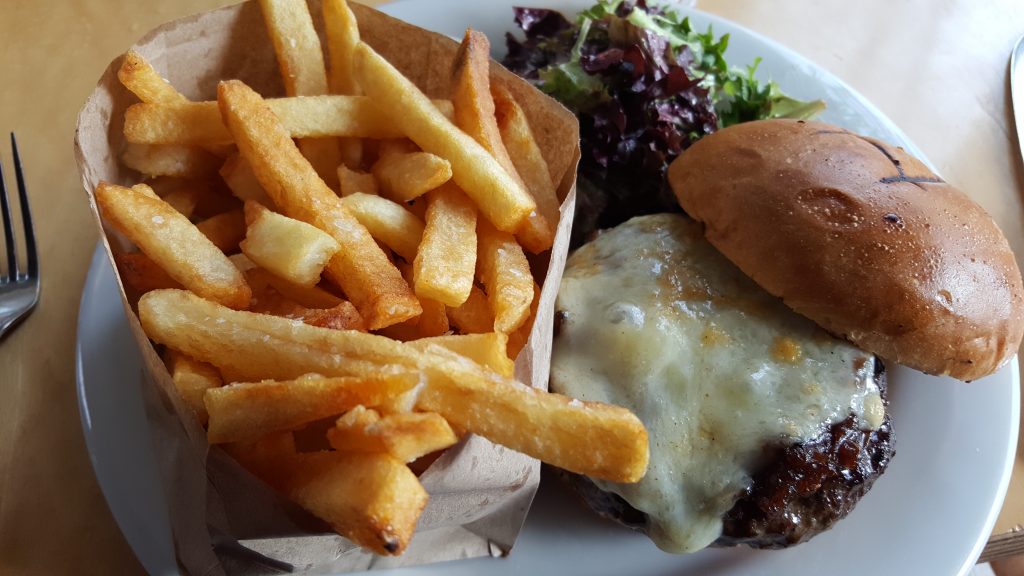 In regular daily life, I  eat burgers maybe once every 2 weeks at the most. However at this point in the project, I’ve had at least one burger a day, sometimes two or three. So I’m immersed in the world of burgers…

Today, I put out a question to everyone at Google Boulder, asking for their opinion on the best burgers in town. The responses did not disappoint! I now have a shortlist of at least 10 new places to try. The one I chose for today was from Provençal restaurant Mateo in Pearl Street. This is a gourmet burger made with locally sourced, naturally raised beef, topped with caramelized onions, cheese and a side of fries with aioli. I have to say that my colleagues absolutely nailed it – this is probably the best burger I have ever tasted!

Today’s burger was from a local drive through diner called Good Times. I chose the 1100 calorie Big Daddy burger. The burger was not too bad but does not claim the top spot.

So far in this project, the “fast food burgers” rank as follows:

Today was a good day, well except for leaving my swimming stuff at home when I went for a swim. But I just changed plans and did 1 hour of heat prep instead.

The burger today was a bacon avocado club from Smashburger. It was pretty tasty and actually seemed very healthy. Of all the burgers I’ve had so far during this project, it’s the one that looked and tasted the healthiest. The ingredients were all high quality and it just came across as wholesome. The Five Guys bacon cheeseburger is still #1 in terms of taste though.

Day 3 of getting to race weight on bad foods got off to a good start, or so I thought…

I suffered through the blood, sweat and tears of the Tour of Sufferlandria day 3, only to discover after the fact that I had clicked on stage 7 by mistake. So I had to do stage 3 in the afternoon, and I will have to do stage 7 again when it’s time for that. On the plus side, that was a solid day of training!

On the burger front, I had a large chicken burger for lunch and a Burger King “extra long cheeseburger” for dinner. The BK was ok but not nearly as good as the Five Guys burger was. As you can see I take care of my micronutrients with a densely packed pickle.

Day 2 was a good day! It was an early start (as you can see from my video intro below) but the workout was good (Tour of Sufferlandria day 2).

The burgers today were hand made by me using 85% lean beef from Costco. I just mix the ground beef with an egg (as a binding agent), some spices, and then form it into patties before throwing them onto the grill. 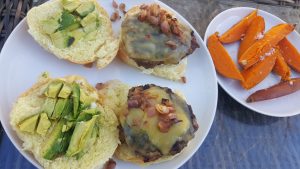 Toppings were simple, just pepperjack cheese, avocado, mayo and some butter on the bun. I added some homemade hand cut sweet potato fries, which I bake in the microwave, then wrap in foil with some coconut oil and salt and put it on the grill with the burgers. I finished off my meals with 2 klondike ice cream sandwiches and a Yasso salted caramel ice cream stick.

The workout burned about 1400 calories but the accuracy of those numbers is not 100%, so I just use that as a very general guideline.

I planned on eating two burgers at lunch time but I was too full, so I kept one of them for dinner time. Post-workout fuel was a non alcoholic Moscow Mule using Fever Tree Ginger beer